In project management, free float refers to the duration that spans from the finishing point of a scheduled activity while extending to the upcoming planned activities. It is measured by subtracting the primary end of the activity from the early beginning of the subsequent activity. Once you identify the time period, subtract it from the expected total time of completion of the first activity. In case there is no following activity, you will primarily use the project end date to determine the free float window in the project network. Free float is only measured on the final activity in an activity sequence. It is calculated individually for each activity.

If an activity has a time period of six days and is occurring parallel with another activity which has a duration of nine days, the former will have approximately three days of total float. It can be postponed up to three days without affecting the overall project. On the other hand, if it is delayed by five days, it will come with a negative float situation i.e. – 2 days. This means that the project will take two more days than the expected duration.

The duration in which the given task is delayed before it affects the deadline for the project.

Project managers often use float time to schedule the certain time frames for the tasks to be accomplished on time. The project float doesn’t influence the deadlines of other following tasks. To make the most of the float, it’s important to determine the critical path and measure the amount of float in every non-critical task. Also, it helps in visualizing the project using Gantt chart. That way, you can reorganize tasks into specific chains and reassign the resources and work schedules accordingly to maximize efficiency. It’s important to revise float estimate as the project continues. For instance, if a specific task takes longer than expected, you may want to use the estimated float to compensate it. One simple way to calculate project float is to deduct the duration you have assigned to complete a task from the time the task will take in real. Suppose you have assigned 12 days for a task, though it only takes 8 days to complete. The approximate slack will be 4 days.

The time period in which the scheduled activity may be postponed from its early start date without deferring the project finish date or intermediate milestone.

Total float refers to the amount of time an activity can be postponed without delaying the complete project duration. Project managers must know the estimated total float time available at the very beginning of the project. Total float refers to the delayed duration that doesn’t interfere with the project completion deadline. Since unexpected occurrences can happen anytime from poor weather conditions to the sudden emergency of a team member. For that reason, the project manager should estimate the total float so the project is finished on time. To find a total float, one important technique is to use a critical path that helps in identifying the earliest possible and latest finishing point. Preferably, a project should not go beyond the latest finish date to keep the project running on a defined schedule. Total float is calculated considering the difference between the initial and late start date (LS – ES) or the initial and late finish date (LF – EF).  Total float is common between the activities in an arrangement. The structure is defined as the undertakings between a path convergence and path divergence.

Project Quality Management  (A high-level snapshot) If as a Project manager you believe that get the things within Budget and on Schedule, your job is done, you are highly mistaken. You need to make sure that the product, service or result that you and your team is producing should be Fit to use and as per… 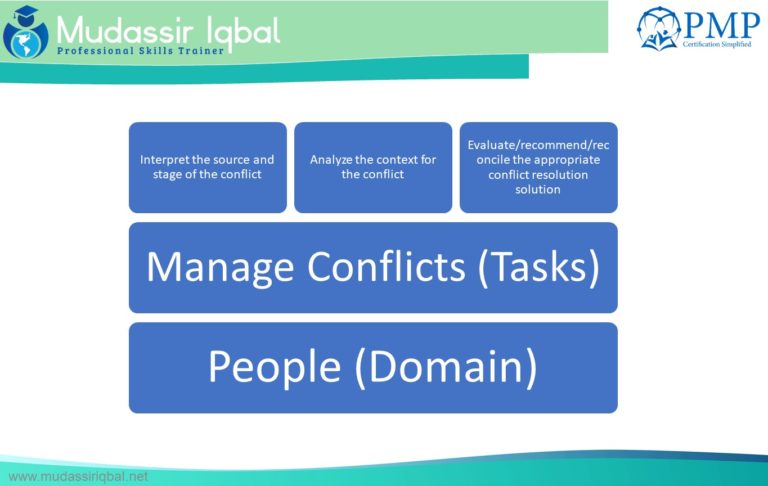 Project Risk Management Changes and Risks are inevitable, you can’t run from these. To be an effective project manager it is in your favour to plan for these calamities beforehand. The challenge with this planning is that both risks and changes are unknown and this is where Project Risk Management plays a vital role. The…

Product Scope and Project Scope Scope: The extent of what a project will produce (product scope) and the work needed to produce it (project scope).  It is the sum of the products, services, and results produced in a project. It is often documented using a scope statement and a Work Breakdown Structure (WBS), which are approved by…